These are the visionaries who are dedicated to making the AAM

Sheila Bella is the CEO of Sheila Bella Corporation, Founder of the Pretty Ambitious Summit, Creator of the Top 100 Podcast, Pretty Rich Podcast, and Business Coach and Global Speakers for the beauty industry.  With the combination of an early fascination with the concept of beauty, a disciplined desire for entrepreneurship, and an intrigue with the power of personal connection, Sheila has created a personal brand with the mission of sharing her knowledge with the entire PMU Community.

Known by many as the celebrated PMU artist to the stars, Sheila Bella is one of the most versatile and talented artists in the industry. Despite her career’s rapid ascent, she is refreshingly down to earth which has won the admiration and respect of her colleagues. Her audience is captivated by her keen business sense and flair for entertainment.

Sheila is also known for her connection to inspire people to lead, work and live more effectively through emotional, social intelligence and better relationships and joy. She gets people energized and has a unique ability to connect, entertain and educate. She is an inspiration to many in following what you love and that it is never too late to chase a passion. Bringing together people, not in confrontation but in trust is Sheila’s greatest passion. 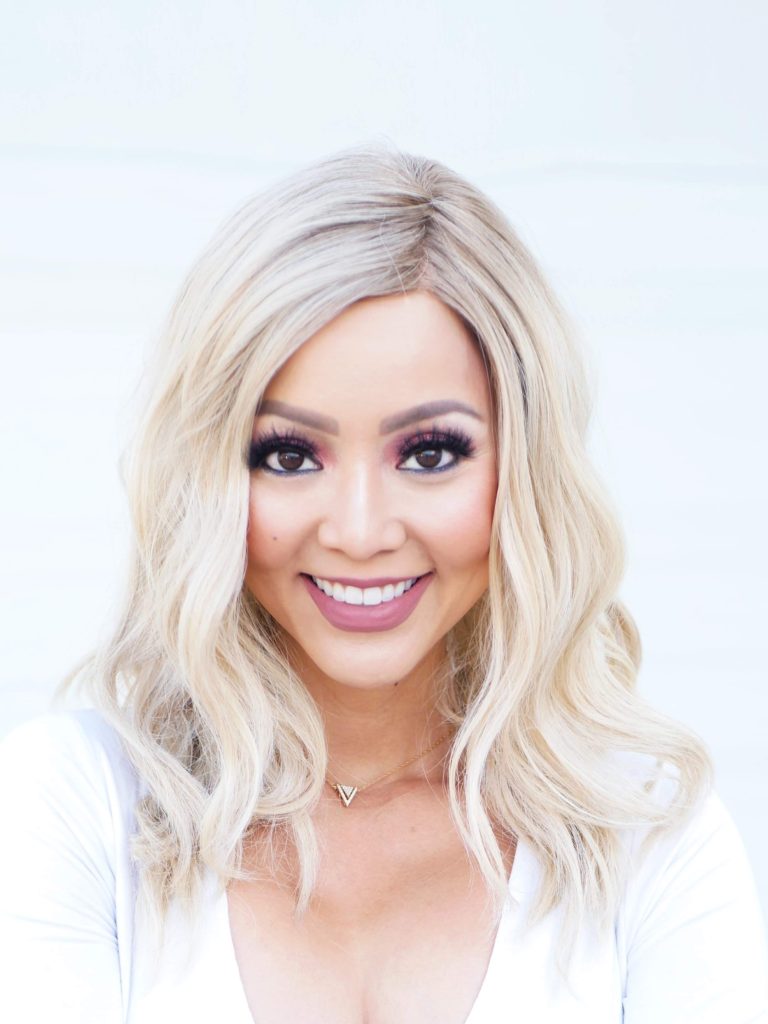 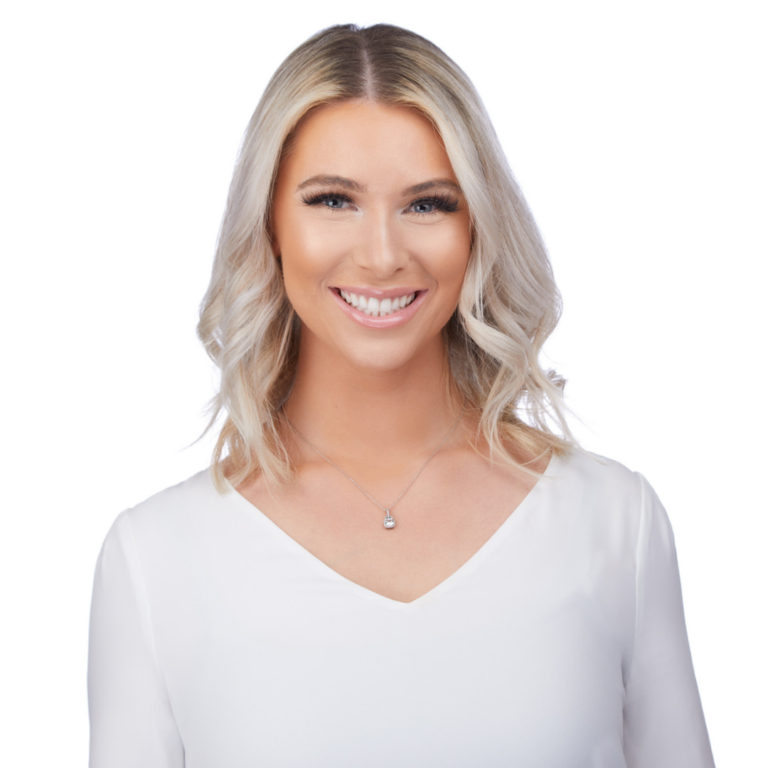 With over 4,000 PMU treatments performed and hundreds of live & online students worldwide, Amanda is well known in the industry for her passionate support for others, ongoing student mentorship, fast response times and detailed feedback for her students.

With an accounting and business background, Amanda’s passion is helping new artists achieve both incredible work, and create financial prosperity through strategic business planning and strategies. She believes that with the right education, support system, and drive to succeed, that anyone is capable of creating success through a career in permanent makeup. Industry leaders recognize Amanda as a servant leader in the industry, helping artists on multiple platforms to better their artistry and businesses.

Benaiah Poindexter is the lead technician and owner of Scalp Prodigy which specializes in natural Scalp Micropigmentation services. After completing her graduate MBA degree, she opened her first micro studio in Las Vegas and then elevated to a flagship location two years later. Scalp Prodigy also operates two additional locations in California and Maryland. Benaiah is well known for her kindness, positive can do attitude, and her innate ability to bring forth the best from anyone within her orbit. Students and peers alike consistently attest to her belief of high vibrating energy, hard work ethic, and leveraging assets. Scalp Prodigy is centered in the belief that it will never lose its way by putting profit before workmanship. The commitment to customers, students, and peers are absolute. Become an honored guest for the time you’re here and a part of the family thereafter. Everything you ever wanted in life is within reach as long as you “reek of excellence” with all that you do. 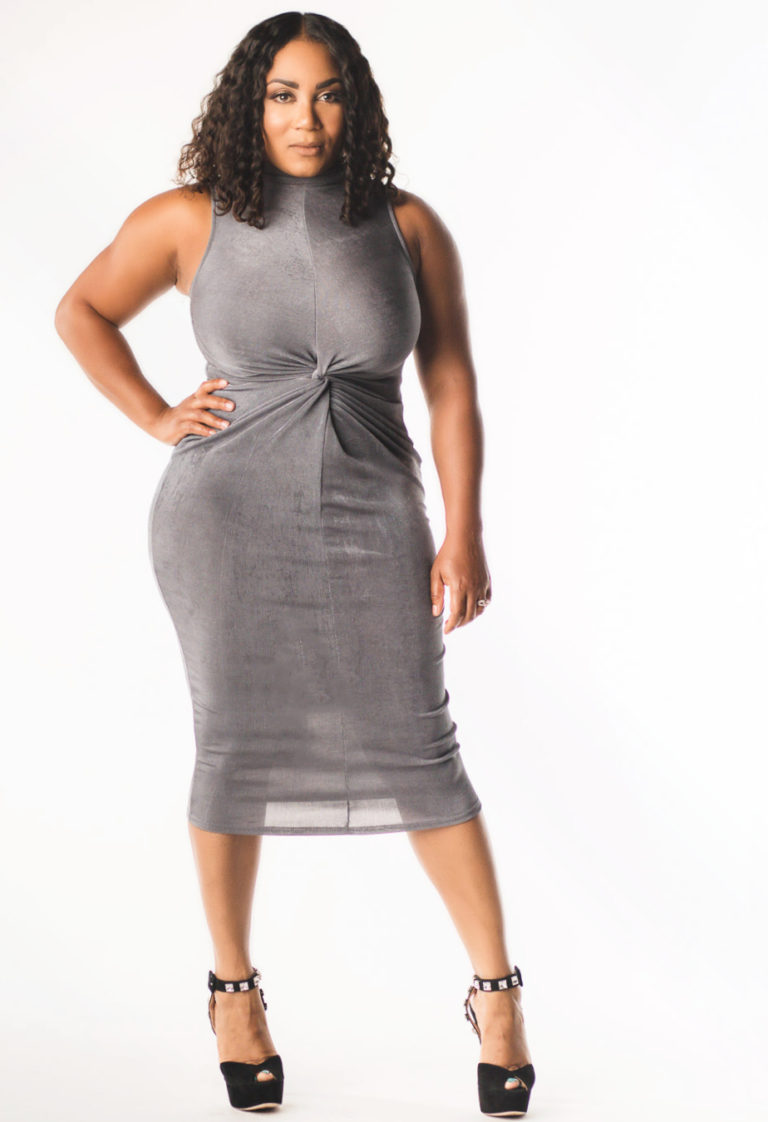 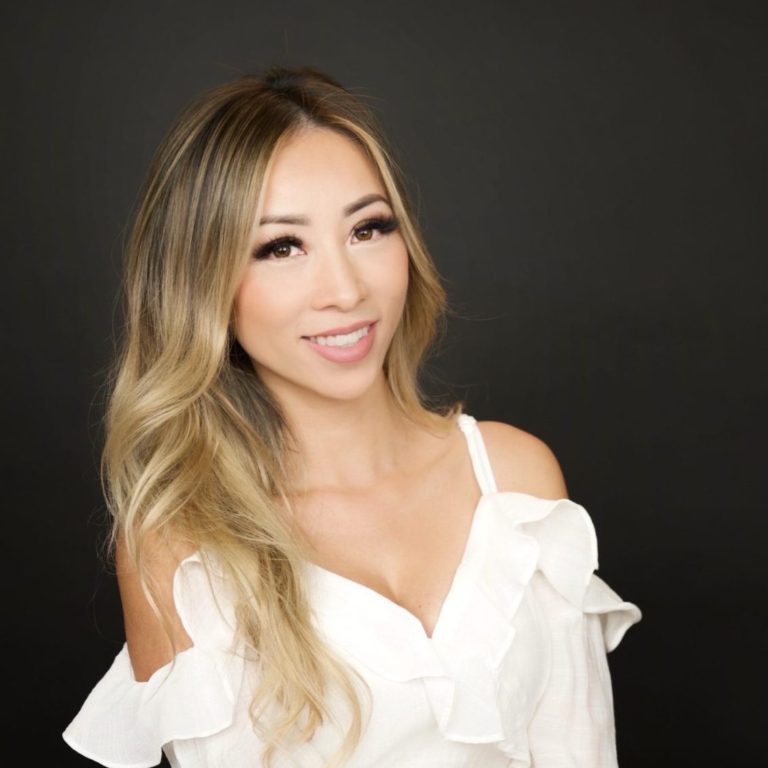 Leann La has spent the last decade living her dream, dedicating her life to helping others look and feel their best. She is the co-founder and CEO of Fuzion Artistry located in Huntington Beach, California.

Her obsession for creating the most natural looking healed results led to developing her own pigment line and Pigment Layering® Technique.

Her mission is to make a difference, by re-instilling confidence in her clients, while helping other passionate artists build a business and a life they love.

Director of Operations and Treasurer

Leslie Huber-Yedlin is the Director of Operations and Treasurer of the American Academy of Micropigmentation, Elite Artist at Sheila Bella Permanent Makeup, and Co-Author of the children’s educational book “Colors for Kids.”

After earning a Bachelor of Arts degree at the University of California, Berkeley with a double major in English and Communications, Leslie began her career in the corporate world.  Her skills in Marketing Communications and Client Services Management has provided a range of experience from high tech start up companies to multi-million dollar automotive accounts spanning 20 years.

With a creative spirit and the desire to help others, Leslie changed the course of her corporate career by pursuing an education in permanent makeup.  Having trained in various techniques for eyebrows, eyeliner and lips, Leslie is also certified in Microneedling and Fibroblast Skin Tightening procedures.

The ability to blend her artistic passion and business acumen together for her roles at the AAM has been her most amazing experience yet. 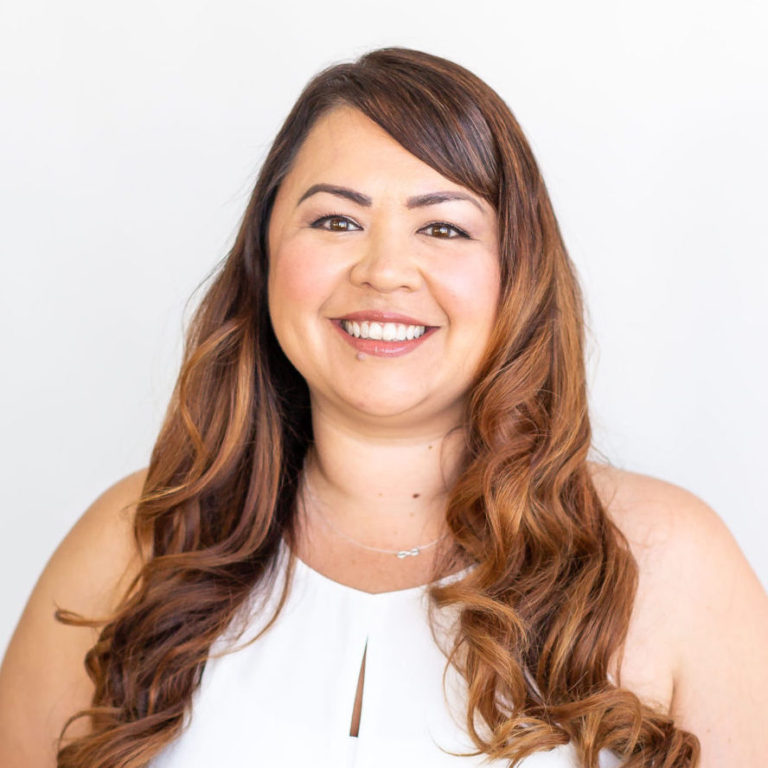 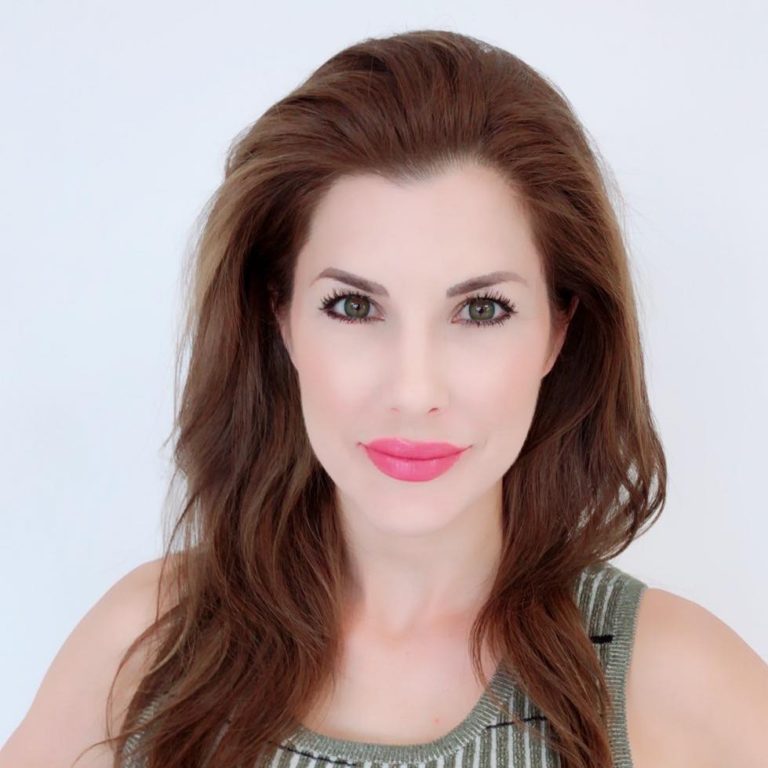 Dr. Briere is a veteran of the United States Air Force who has specialized not only in the field of Flight Medicine but in Aesthetic Medicine for the past nine years.  Major Misha Briere served her country as a Flight Surgeon from July 2011-July 2018.  She was commissioned out of the ROTC detachment at NC State University in 2005.  Her first assignment was as Section Commander for the 90th Nuclear Maintenance Operations Squadron at F.E. Warren AFB, WY.  After attending medical school at Philadelphia College of Osteopathic Medicine on an HPSP scholarship she reentered active duty as a Flight Surgeon, serving with the 355th Medical Group at Davis-Monthan AFB, AZ. Major Briere then traveled to Seymour Johnson AFB, NC, where she served as a Squadron Medical Element to the 335th and 333rd Fighter Squadrons. She has deployed as the sole validating flight surgeon to Camp Bastion, Helmand Province, Afghanistan in 2012 in support of Operation Enduring Freedom then in 2016 to Al Dhafra Air Base, UAE in support of operation Inherent Resolve.  Major Briere completed her active duty time serving as Flight Commander of the 87th Aeromedical Squadron, Flight Medicine Clinic, McGuire AFB, NJ from July 2016-July 2018.

In October 2010, Dr. Briere’s Aesthetic education started under world renowned Aesthetic Dermatologist Dr. Shino Bay Aguilera.  In 2010 she also began developing what would become her company, Bella by Misha LLC.  With her continued movement internationally with the Air Force, Dr. Briere has been exposed to a wide variety of training environments and worked with experts in Aesthetic Medicine from all over the country. In 2015, Dr. Briere started her study of eyebrow microblading under direction of internationally known Permanent Make-up Artist Sheila Bella in North Hollywood, CA.  Dr. Briere is now a certified “Sheila Bella Elite Artist” and continues to practice her expertise in all aspects of Aesthetic Medicine including the art of micropigmentation.

Natalie Della-Verde is the owner of the elite permanent make-up studio & training academy, BADGAL Brows, based in Leeds, UK.  Natalie has been in the industry since 2015 after training in PMU whilst at studying at the University of Leeds.

Previously Natalie worked in Community Health Development in a role that included reducing health inequalities in areas of deprivation. With Natalie’s passion for helping others & delivering results in the health sector, she has brought the same drive & dedication for community & health into our industry. With a love for social media & public speaking, Natalie regularly hosts Instagram lives where she interviews some of our industries top artists from across the globe!

Natalie is enthusiastic about  her new role as a board member of the AAM & is thrilled to be a part of this global organization. 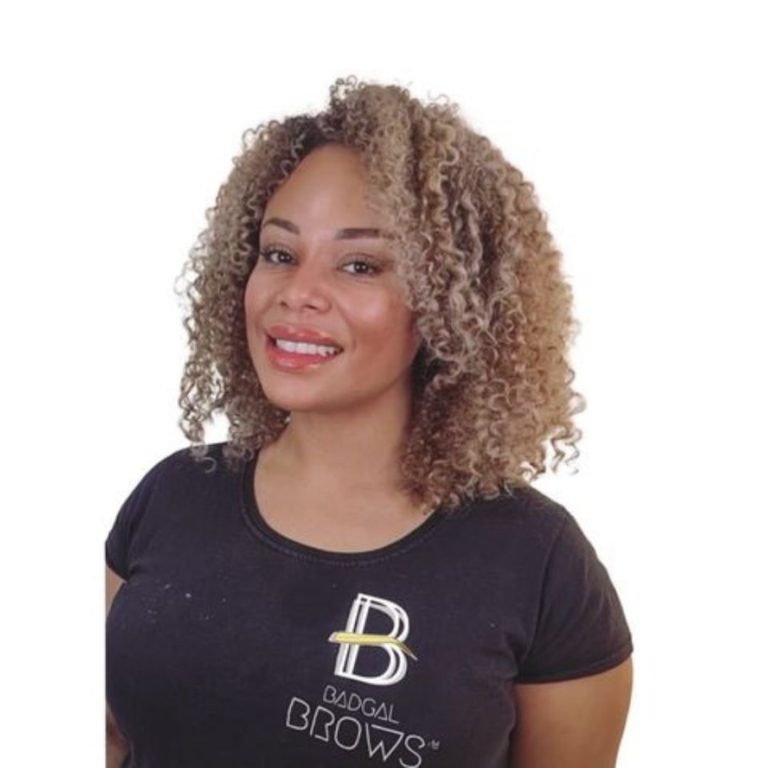